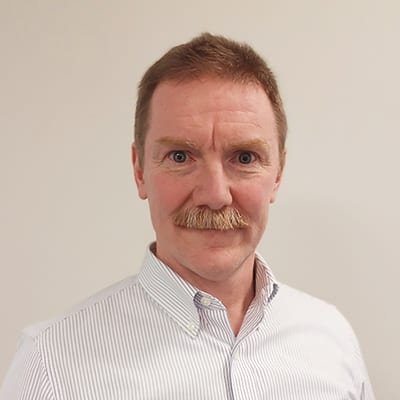 Paul Davis is a senior researcher for the Cyber Solutions division of LGS Innovations. Throughout his 25-year career, he has created innovations in highspeed digital and RF design, optical transport, network security, protocol analysis, signal processing, embedded software, and database programming. He is the principal architect of LGS LiveRAN, an advanced technology that brings high-fidelity, live 4G LTE capabilities to real-time modeling and simulation. Mr. Davis has been awarded several patents in wavelet image compression.

LiveRAN solves both testing live mobile devices and virtual applications, as well as running small fields (in buildings / bases) as an isolated controlled LTE network. The LiveRAN development platform utilizes high-isolation RF chambers, carrier-grade LTE basestations, a virtual Evolved Packet Core, and a GPS emulator to test and validate live mobile devices such as cell phones, tablets, modems, and products that incorporate them such as UAS. The LiveRAN system can also simulate virtual instantiations, such as Android, to test the data loss / GPS effects on the same applications that would run on these devices. The LiveRAN platform functions as a development / testing platform for LTE devices and applications that includes the ability to model worldwide location through GPS RF emulation.

LiveRAN can also provide the capability to run as a small private carrier at full LTE rates. This includes commercial encryption / authentication over the wireless and within the wired network, as well as the provisioning of USIMs. Furthermore, LiveRAN may employ small cell basestations that incorporate backhaul IPsec for deployment in less-trusted environments.

The LiveRAN product can help test mobile and IoT devices in a real-time live environment that includes geofencing. Both live devices and/or virtual applications can be verified in a constructive and repeatable environment that meets regulatory requirements. It can also obviate the need for geofencing, by constricting enforcement of applications an devices to operate only on the provisioned LTE network.

“LiveRAN” is a trademark of LGS
Innovations LLC.